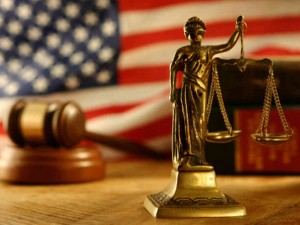 Imagine a situation where you are accused of a crime– perhaps a crime you did not commit, or maybe even a crime you were the victim of. The arresting officers use a different language; you’re unable to communicate what happened before you get brought to jail. There is no way for you to contact your family or an attorney. Your legal rights are not accessible to you.

From frightening and dangerous arrests, to the lack of access to reentry services, our justice system fails deaf Americans every step of the way. I recently spoke with Talila A. Lewis, an attorney and civil rights activist, about the fight for deaf access to justice. In 2011, Lewis founded the DC-based all-volunteer nonprofit organization called Helping Educate to Advance the Rights of the Deaf (HEARD).  HEARD is dedicated to ensuring deaf and disabled people receive equal access to the legal system. HEARD focuses on educating justice professionals; correcting and preventing deaf wrongful convictions; ending abuse of deaf and disabled prisoners; and on increasing deaf involvement in the justice, legal, and corrections professions. 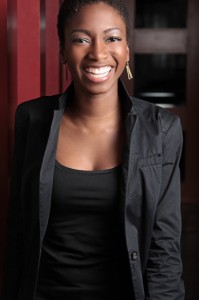 Most recently, HEARD has teamed up with the American Civil Liberties Union (ACLU) and Academy Award-winning actress Marlee Matlin, to lead a campaign to end police brutality against the deaf.

To contact law enforcement, a deaf individual might use a videophone, which places an interpreter between the deaf caller and the 911 dispatcher. The dispatcher must then relay all information accurately from the interpreter to the responding officer. If it is a hearing person who dials 911, they might not tell the dispatcher that there is a deaf person on the scene.

According to Lewis, who is tracking incidences of police brutality and discrimination against deaf people across the nation, effective communication during this initial stage is critical to preventing wrongful arrest and convictions. Unfortunately, police officers sometimes rely on unqualified third parties—including children, and even alleged abusers—to facilitate communication during these interactions. 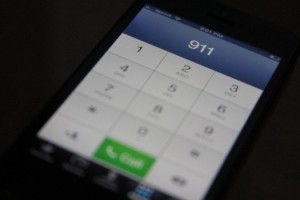 Rarely, if ever, do ASL interpreters arrive on the scene with the police. Many times, police show up completely unaware that they are working with with a person who is deaf. This can lead to dangerous misunderstandings.

For instance, Philip Wolfe escaped a domestic dispute and had a friend call the police. Although the dispatcher was informed that Wolfe was deaf and required an interpreter, the police showed up without one and completely misunderstood the issue. The domestic abuse charge was never filed. Wolfe’s partner returned that night and abused him again. In Oklahoma, sixty four year old Pearl Pearson was pulled out of his car and beaten by police as he attempted to show them a card that said “I am deaf.” The officers were not charged for the attack; but Pearson was charged with resisting arrest. 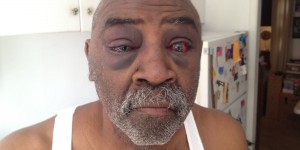 Once a deaf individual has been taken into custody, it is the responsibility of police officers to ensure that access to communication is effective. Communication may require releasing a hand from handcuffs, cuffing hands in front of a person, providing Certified Sign Language Interpreters or Certified Deaf Interpreters, or perhaps another accommodation, as there are many. The Americans with Disabilities Act (ADA) makes clear that police departments are responsible for providing reasonable accommodations and that preference for the type of accommodation goes to the deaf person; but deaf people nationwide report that police departments are not in compliance with the law.

I spoke with Maria Dollhopf, a deaf woman who experienced injustice during the legal process. According to Dollhopf, the arresting officers in her case made excuses and persuaded her that she did not need an interpreter. 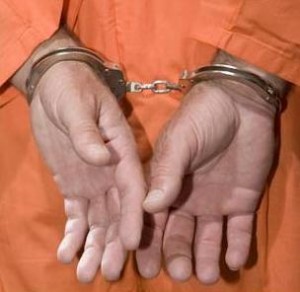 “I kept gesturing for them to take me out of the cuffs to communicate, but they wouldn’t,” said Dollhopf. “The police said they couldn’t get an interpreter, so I had to stay in jail overnight. It was over 24 hours that I did not have an interpreter. I felt like i had no lifeline of communication.”

According to Lewis, officers sometimes draft statements without providing accommodations; and sometimes without consulting the deaf person at all.  “Many deaf people who use sign language as their first or only language have expressed to me that they did not—and often still do not—understand what was written but they felt intimidated, frustrated, fatigued and pressured into signing these documents. Even the best attorney will struggle to defend against a signed statement.”

Justice and legal professionals often lack deaf cultural competency, which plays a major role in deaf discrimination and oppression. Cultural competence refers to the ability to effectively interact with individuals from different cultures. For example, if detectives and attorneys do not understand that ASL is its’ own language, they may assume that writing notes back and forth with a deaf person is adequate. Lewis reminds us that several of the possible deaf wrongful conviction cases HEARD is currently investigating resulted from this very situation. 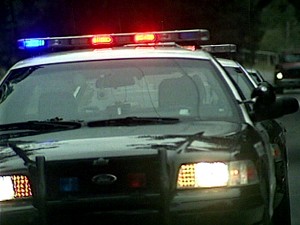 “A recent Disability Rights California study on law enforcement training and mental health crisis intervention revealed that California’s police academy standards only require six hours of 664 hours of training be dedicated to disability,” said Lewis. “Within those six hours, cadets are supposed to cover a wide variety of disability-related topics and numerous disabilities. That is simply not enough. Moreover, the training should be developed and taught in conjunction with people within those specific disability communities.”

By getting to know the diverse communities they serve, law enforcement agencies can help eliminate some of the barriers to justice. Cultural competency means spending far more than 6 hours learning about people with different abilities.

Jason “JT” Tozier is the HEARD Deaf Community Liaison. JT offered to share his experience with the legal system 20 years ago. “When I went to the station for fingerprints and to have my photo taken, I had no idea what was going on. The police kept talking to me and trying to force me to read their lips, but I am Deaf and I sign! I told them I needed an interpreter but they kept denying me this access.” 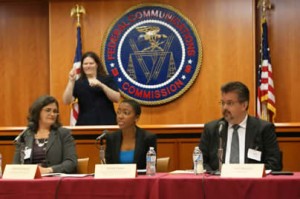 “When I first arrived in court, the judge tried making my brother interpreter for me,” recalls JT. “He wasn’t certified, he was only 17 or 18 years old. He didn’t want to interpret, but he felt very pressured to.” JT’s trial was postponed 3 times before a court interpreter was provided.

“The possibility of a person being wrongfully convicted only increases as time passes without consulting an attorney,” explains Lewis. “Immediate and effective attorney client communication is key. If the only way to access your attorney is via sign language and the jail fails to provide a videophone, you have no way to communicate with your attorney.” 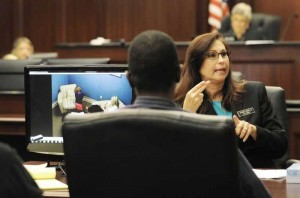 In many cases, lawyers do not know that they are required by law to provide ASL interpreters. Both Dollhopf and JT recall feeling confused and alienated from their respective attorneys throughout the legal process. “I didn’t really feel like the lawyer’s client because he did not offer me access,” said JT. “By the time an interpreter was finally provided, I just felt like everything was going over my head.”

Part of HEARD’s mission is educating those who work in the criminal justice system about providing access for the deaf. Lewis explains that in many cases, the courts themselves do not even understand where a deaf person’s rights have been violated. “There are lawyers who do not understand that they are required to provide interpreters pursuant to the ADA. Judges, public defenders, the bar. Administrators of justice have to become more culturally competent.”

The United States Department of Justice is responsible for enforcing the core provisions of the ADA. Unfortunately, said Lewis, there has been very little focus on these cases for myriad reasons. Lewis also explained that agencies sometimes have procedures related to working with deaf people, but policies are often outdated, or never implemented. Even the best policies become meaningless without enforcement. The end result is a criminal justice system full of entities that do not understand or comply with the ADA. 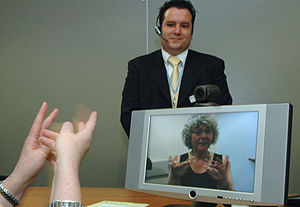 There are thousands of deaf prisoners all across the country, yet only 6 prisons have video phones. Inmates are denied access to their family, friends, and legal counsel because effective communication technologies are not present, or because the staff does not know how to operate or “supervise” calls on the antiquated and unreliable equipment. Incarcerated deaf people are subsequently isolated, left out of prison orientations and safety meetings. Both Dollhopf and JT recall the guards in jail simply ignoring them, as if they were not human beings.

It’s practically impossible to overturn a wrongful conviction when you have no line to the outside world. A deaf man in Florida, Felix Garcia was sentenced to life in prison after his siblings framed him for murder in the 1980s. They have since admitted that Felix was not involved with the crime but, with only a 4th grade education, Garcia did not know or understand his rights throughout the legal process. He was unable to advocate for himself, and nobody came to his aid then. Former HEARD board member Pat Bliss, has worked on Felix’ case for nearly two decades and is currently supporting a bid for clemency for him. Like many deaf people who receive little or no access to communication throughout life, Garcia had simply gotten used to smiling and nodding his way through things. To date, Garcia is HEARD’s longest serving deaf wrongfully convicted prisoner—now on his thirty-third year in prison.

One major problem, notes Lewis, is that no one knows exactly how many deaf people are in the criminal justice system. HEARD created and maintains the only national database of deaf and deafblind prisoners, but Lewis emphasizes the importance of mandated tracking of deaf prisoners by government agencies and is pushing for the Department of Justice to create national standards for inclusion of and protection for deaf incarcerated people.

Empowering deaf individuals to become effective self-advocates is another major focus of HEARD. The organization has teamed up with the ACLU to produce videos that educate Deaf Americans about their civil rights, and Lewis and her deaf students at Rochester Institute of Technology/National Technical Institute of the Deaf are developing the first deaf-accessible resources on mass incarceration. 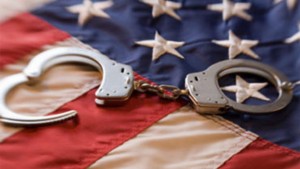 “The hearing community talks non-stop about mass incarceration,” said Lewis. “Deaf people and people with disabilities are overrepresented in the prison population and the school-to-prison pipeline. I was trying to teach my students about mass incarceration, but there was just no accessible material available– nothing captioned or signed. So we had to actually create the videos for the Community.”

JT also emphasizes the importance of self-advocacy. “Know the Miranda rights, know your civil liberties, study the ADA. If you inform yourself and become educated, you can protect yourself. The police and legal system are going to try to oppress you. Be ready to stand up against that and know what you are entitled to!”

Deaf Americans deserve their constitutional rights, as guaranteed by the ADA. The legal process can be overwhelming for anyone, but for deaf people with no access, it can be confusing, dehumanizing, isolating, and treacherous.

“Honestly, it’s just not easy when you are deaf,” admits Dollhopf. “You can’t fight with the police, you can’t force them to get an interpreter. I was not able to get the services I needed, from the beginning. But what are you supposed to do? They make you feel like you have no voice.”