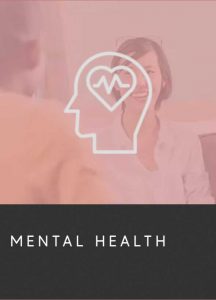 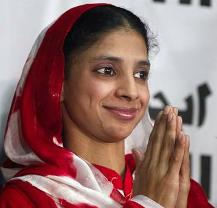 An unusual tale about a young Indian woman named Geeta has been making its way around the internet after a Bollywood film helped spark interest in her story. As a child, Geeta accidentally crossed the border into Pakistan all alone. She lived there in the care of a social welfare group for more than ten years years until last month, when she finally returned to India. Geeta is deaf and uses sign language to communicate, and the way the mainstream media has chosen to portray her is quite revealing. Major news outlets from CNN to CBS to Al Jazeera all decided to utilize the outdated term “deaf-mute” in their stories about the woman. 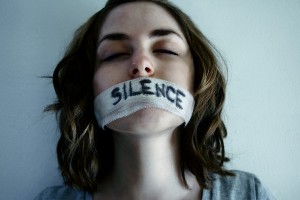 For centuries, people with different abilities, intellectual skills or physical features were forced to live on the fringes of society. They were labeled “defective” or “freaks” by the mainstream, and their families were shamed by their existence. These labels kept people isolated, and they opened the door for abuse and neglect. People who were deaf were never even given the opportunity to learn or socialize. They were denied humanity just because they were a little bit different.

Thankfully we have come a long way over the past hundred years and our culture is learning to appreciate the beauty of diversity. When our perspectives on disability began to evolve, so too did the language we use to discuss people who are disabled. While reading news stories about the “deaf-mute girl” in mainstream American outlets, however, I can’t help but feel like we’ve transported a half century backwards in our acceptance of deafness. 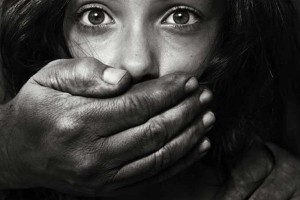 The term deaf-mute is problematic, and it is not an appropriate way to discuss a person. Calling someone “mute” silences them and strips them of their agency— it sticks a label on them that devalues their autonomy. Mute is a loaded term which carries the distinct connotation that people who are deaf don’t have anything to say.

According to the National Association of the Deaf (NAD), a civil rights organization created by and for deaf people, “mute… means silent and without voice. This label is technically inaccurate, since deaf and hard of hearing people generally have functioning vocal chords. The challenge lies with the fact that to successfully modulate your voice, you generally need to be able to hear your own voice. Again, because deaf and hard of hearing people use various methods of communication other than or in addition to using their voices, they are not truly mute. True communication occurs when one’s message is understood by others, and they can respond in kind.” 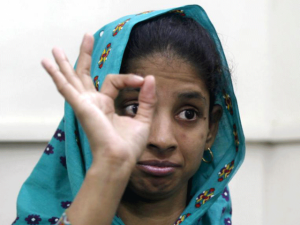 When photos of Geeta’s family were shown to her, she recognized them, and was able to communicate that she knew who they were. Her message was successfully sent and received without words. Although major media outlets decided to call her mute, Geeta was in fact communicating and cooperating with a number of different agencies to find her way home. The ethical and appropriate terminology in this instance would be “non-verbal.” If she were unable to use sign language, she would be called “non-verbal, non-signing.”

Mute is just one offensive term that regularly pops up in news stories about deafness from supposedly reputable news agencies. The archaic phrase “deaf and dumb” also occasionally makes its way into headline news. It seems obvious why deaf people do not want to be called dumb, yet clueless hearing reporters continue using the term.

NAD explains: “A relic from the medieval English era, this is the granddaddy of all negative labels pinned on deaf and hard of hearing people. The Greek philosopher, Aristotle, pronounced us ‘deaf and dumb’, because he felt that deaf people were incapable of being taught, of learning, and of reasoned thinking. To his way of thinking, if a person could not use his/her voice in the same way as hearing people, then there was no way that this person could develop cognitive abilities.” 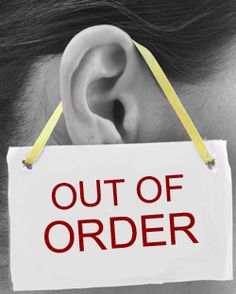 Hearing-impaired is another commonly seen phrase. When you hear the word “impaired”, what do you think? Broken? Incomplete? According to NAD “The term ‘hearing-impaired’ is viewed as negative. The term focuses on what people can’t do. It establishes the standard as ‘hearing’ and anything different as ‘impaired,’ or substandard, hindered, or damaged. It implies that something is not as it should be and ought to be fixed if possible.”

Hearing-impaired is a label created by the hearing community to be more “politically correct” about deafness. Although some deaf/ HoH individuals may choose to call themselves hearing-impaired, particularly those who lose their hearing later in life, it has gone out of favor within the larger deaf community, who (depending on their level of hearing and use of sign language) generally prefer to be called either deaf, Deaf, or hard of hearing. 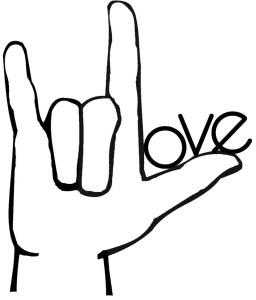 Had the reporters at the major publications glanced in the AP Stylebook, they would have seen, under the entry for Deaf: “avoid using deaf-mute.” If the journalists and editors working for mainstream outlets had any deaf consultants proof reading their articles about deafness, they almost certainly would not be running stories calling deaf people “mute” “dumb” or “impaired”. Use of these damaging terms actually says far more about the perspective of the author and the lack of diversity within the news organization than anything else.

The story of Geeta is framed as a heroic rescue where the “deaf-mute girl” was saved by hearing parties. Geeta is portrayed as an 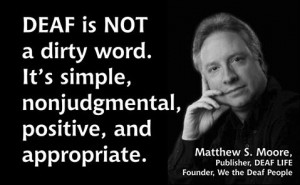 object to be traded across borders, instead of a grown woman capable of feelings and thought. She is dehumanized in these stories to enhance the reputation of her “saviors.” She has lived her whole life without hearing or speech, and then the media choose to tell her story in a way that further denies her voice.

Deaf is not a bad word and being deaf isn’t a bad thing! All around the world, I see deaf pride bursting out of people who are finally gaining the opportunities they deserve. People who are deaf continue to fight for their rights, struggle for access, and work toward acceptance in mainstream society. Just because hearing people decide to put them on “mute” doesn’t mean they have nothing to say.